Can The LED On A TV Be Fixed?

Can the LED on a TV be fixed? This is one of the most asked questions of LED TV users who have faced any issue with the LED panel of their TV. The answer is obviously affirmative. But, in the next moment, another question will arise in your mind “Is repairing worth it?”. 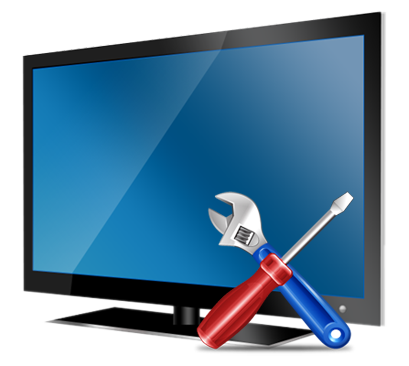 These days, LED technology has become so popular that it replaces most of the old TV technology. In Dubai, there is an assumption among the people that if they broke or make damage to the LED panel of the TV, it can not be repaired. And, that is actually not true and isn’t rooted in many facts.

However, is it really possible to get your television working again without causing any further problems? With the best services of TV Repair Dubai, one can easily get fixed their broken, damaged or faulty LED of the television and can easily get back their entertainment once again.

Start with The Diagnosis

Before going for a repair, the most important factor that you need to consider is the diagnosis of the TV problem. Sometimes, a simple problem can cause issues on the TV screen. But, every error on the TV display does not relate to the LED problem.

For example, you may see lines or colors on the TV screen. In those cases, you should know that these problems might occur due to the weak signals or misconfiguration of the picture settings or may be due to some other reasons.

You can easily get rid of these issues just by applying some basic tricks. Thus, you can understand the importance of diagnosis in the first step.

However, sometimes, it is not possible to identify the actual issue without taking assistance from the professionals. Some professionals offer diagnostics of the LED TV so that you can learn from them and get that fixed from them or other reputed providers.

But, there is a Risk in LED TV Repairing

First and foremost thing is that you need to keep in mind that repairing the LED panel is not that easy. One needs high accuracy and precision in repairing as the LED panel, that is a highly sensitive part of the television. You would find certain vendors who claim to have expertise in certain domains. But actually, they lack many credentials in that field.

Thus, you will end up with a worse result and waste your funds and precious time.

Only choosing the right professionals can lead your job to be done with utmost care and precision. Hence, always make sure that you are going to the reliable and expert professionals to repair the most important part of your TV set.

Moreover, you can discuss with the professionals before visiting them so that you get a vivid idea about how do they perform. The genuine vendors will always come up with all the answers to your queries to satisfy you.

Access to the best TV Repair professionals in Dubai by following the right approach.

Problems you may Encounter with LED Screen of the LED TV:

There are certain signs of LED TV that you can see before encountering a big problem. In that case, you should take precautions before facing the major one. LED users report several issues regularly regarding the LED display as well as other parts of the television set.

These are the major issues that you need to consider in the first place and therefore, we recommend you to connect to the best TV Repair Dubai professionals.

This is one of the most common problems that show up in some LED televisions. In such cases, you would see distortion in the picture and these could appear in many forms. The users report that after repairing, they face other issues like vertical or horizontal lines appear on the screen. The mischevious professional now may suggest you replace the LED panel.

But, if they would take a wise decision of market researching before going to them, it would surely benefit them. We have the best professionals in Dubai who keep the ability to repair any kind of backlight or related TV issues.

Some LED users also report problems like white light spots of round shape suddenly appear on their TV screen. This problem can occur due to many reasons such as backlight issues, LED panel problems, etc.

A proper diagnosis would let you know the reason behind this white light spot on the screen. But make sure that in this case, you don’t need to change the whole panel. Repairing it would be enough to get you access to the spontaneous and clear image on the TV screen.

In the introduction part, we have told that don’t assume that a broken LED panel is the end of the TV. It is right that the LED panel is the most vital and costly part of a TV. Henceforth, many people choose to buy a new one while they make any damage to the LED.

But, why to buy a new TV or replace the panel instead of repairing it completely at a reasonable cost from a reliable source. Moreover, the cost of repairing the LED panel would be around ⅓ of the total price of the panel.

Apart from these issues or signs, you may face other problems with the LED panel which results in showing you distortion in the picture. Some issues can be fixed by yourself and you don’t need any tech skills for that. But, some issues really let your TV panel gets damaged completely if you don’t take precautions properly.

We hope we are able to make you familiar you with the things especially for LED that you need to consider before going for a TV Repair in Dubai. We deal with all kinds of LED TV panels repairing with the best care and perfection.

Our trained professionals make sure to provide you sophisticated TV repairing service of the best quality. Irrespective of the TV brand you have, connect us to meet your any kind of demands related to TV repairing.

Learn How To Fix Common Issues With Your Flat Screen TV