Recently, it is reported that several Windows users notice a suspicious program that presents in the list of the installed applications. The name of this suspicious application is “Vulkan Run Time Libraries x.x.x.x”. Here the “X” stands for the device version number that the users use.

The issue occurs due to the application that is installed on a Windows-based device without even notifying the user. Most of the users do not remember downloading or installing the program titled “Vulkan run time libraries”.

As a result, users are bothered regarding the security issues and the purpose of this run time libraries program.

What is Vulkan Run Time Libraries?

The Vulkan run time libraries is a Windows program that is usually known as VulkanRT. Actually, it is a program that is installed by display card manufacturers like Intel, NVIDIA, AMD the last time you upgrade your graphics driver.

Most of the users find it suspicious, but it is not a malicious component, rather it is 3D graphics and computer API by Khronos Group.

This program claims to render lower CPU usage, lower overhead, and even more direct control over the GPU. Thus, users can compare it with Mantle and Direct3D if this helps with understanding. According to many users, it might be required ultimately in graphics applications and new games.

Further, you can learn more regarding the Vulkan run time libraries that are enlisted in the Programs and Features section. Therefore, there is nothing for you to think about. So, you can feel free to utilize the graphics card as usual.

On the other hand, if you do not play games or run an application that requires graphics, then you can remove it from your device. 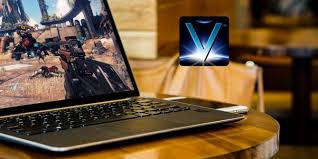 Regrettably, not every video game supports run time libraries. Microsoft has its own DirectX, 3D graphics API, and a few games like Halo, Minecraft, etc are not compatible. However, there are a number of games that support the Vulkan. Some of the well-known and newly launched games involve:

Whether to Use or Not to Use Vulkan Run Time Libraries?

There are certain clear benefits that Vulkan has over its competitors. Some of the most prominent factors involve:

On the other hand, it has certain problems that often bother users. Some of the troublesome factors include:

Depending on the comparison, you can decide you should keep it or delete it from your Windows-based device.

Should you Uninstall the Run Time Libraries?

Here are the reliable instructions that you can apply in order to remove the Vulkan run time libraries program from your Windows-based device. But, make sure, you implement the instructions in the same order as instructed below to get the best possible result.

Step 1: Press the combination of the Windows logo key along with the R key in order to launch the Run window. When the Run window appears, open the dialog box and enter “Control” inside it.

Step 2: Afterward, hit the “Ok” button from the menu to proceed further. From the Context menu, try to locate the Control Panel.

Step 3: Once you locate it, right tap on it to invoke the window. After accessing the Control Panel, you will find an option titled the “Uninstall a Program”.

Step 4: Once you click on this option, you will find a menu where all the installed applications and programs are enlisted. From the queue menu, try to find out the “Vulkan Run Time Libraries” program.

Step 5: After locating the program, you can right-tap on it. Next, hit the “Uninstall” button from the appeared menu and hit the “OK” button twice. It will confirm the uninstallation process.

You need to wait unless the uninstallation process gets over. Once the process is completed, reboot the device in order to let the new changes take effect.

If you ever look forward to optimizing your gaming experience with Run time libraries, then you can download it again.

However, if you have NVIDIA, Intel or AMD graphics cards, then you can update one of them and get the Vulkan run time libraries as an added feature.

Steps to Update the NVIDIA Driver to Install the Vulkan Libraries:

Every driver manufacturer has a specific manner for updating. Well, we are going to show the example of the NVIDIA device in order to determine how to do the task. If you have an NVIDIA graphics driver installed on your system, then apply the underlying instructions to get the Vulkan.

Once the download process is over, you will find that the Vulkan is also installed on your device and shown under the Program and Features section. On the other hand, you can also download it by following the underlying instructions.

Hope that by now you have all the necessary information regarding the Vulkan runtime libraries.

Facing Dns_Probe_Finished_Bad_Config Error? Here’s What You Need To Do

Clownfish Voice Changer: What Is It And How To Resolve Issues Related To It?